Prague, 21 March 2016 – At the Bauma fair, Mitas will unveil in its world premiere the 445/95R25 CR-02 tyre, designed for mobile cranes, at stand No. 127 in Hall A6. Mitas CR-02 is a new tread design that extends the current range of CR-01 crane tyres. Mitas CR-02 has improved operating efficiency thanks to its lighter construction. It is also possible to mount CR-02 tyres on a one-piece rim, which reduces the overall weight of the mobile crane. These improvements have a positive impact on fuel consumption.

“Crane tyres are technologically advanced. They are able to carry very heavy loads even in high speeds of up to 85 km/h,” said Jaroslav Musil, Mitas’ product manager for industrial tyres. “Tyres for mobile cranes are a very prestigious segment. We believe that with Mitas CR-02 we are providing the market with a top product with clear advantages for end users.” 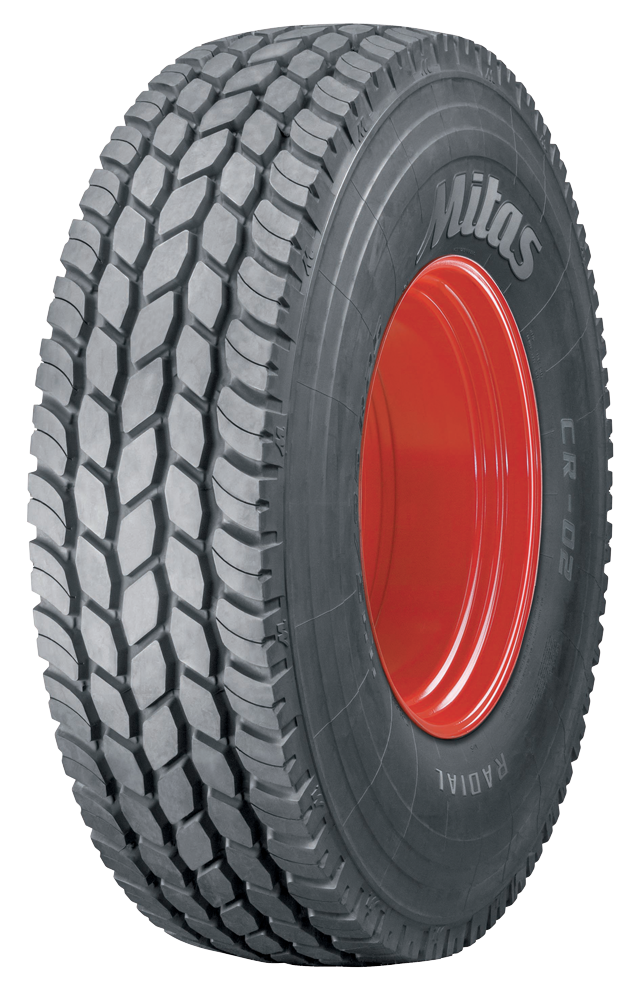 Mitas 445/95R25 CR-02 is designed for speeds of up to 85 km/h. The maximum operational load capacity at speed 80 km/h is 6,700 kg under 9 bar. The size 445/95R25 CR-02 has a symmetrical tread pattern and can be retreaded. It meets the requirements for winter conditions and can also operate in mud. Mitas CR-02 tyres are already available on the market.