Prague, 3 March – New radial dual purpose tyre TERRA FORCE-R was designed for maxi enduro and trail motorcycles and is meant to be used 90% on-road and 10% off-road. TERRA FORCE-R is the ideal choice for commuters as well as for adventurers who love longer rides with a passenger and luggage. The aim was to offer to both groups of riders a safe, dynamic and user-friendly tyre. Mitas TERRA FORCE-R will be available for sale from April 2016. 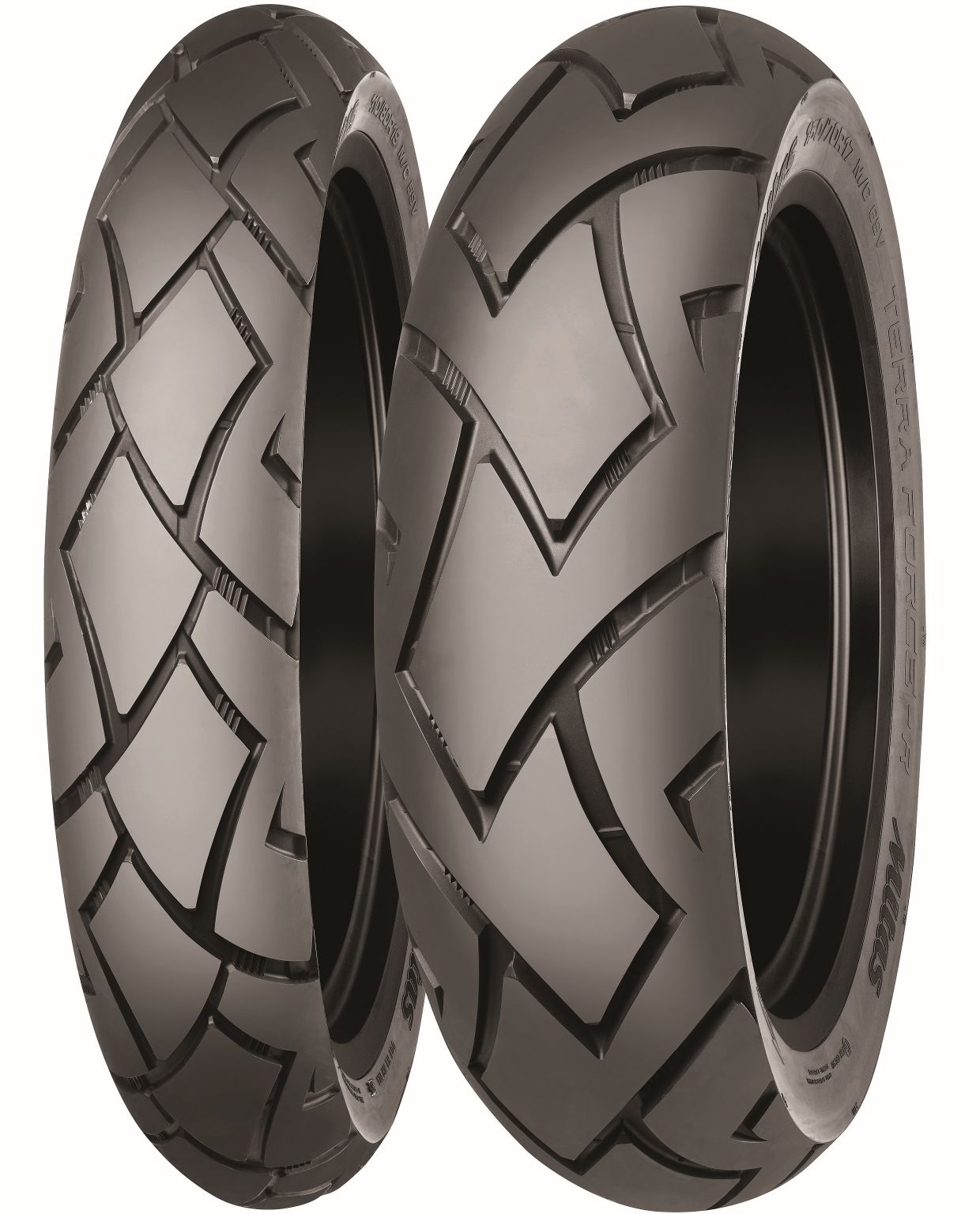 Mitas TERRA FORCE-R ensures immediate grip, excellent traction on wet or dry roads, easy steering and manoeuvrability with good straight and corner stability. Important characteristic of TERRA FORCE-R is also consistent performance through its lifetime and under heavy loads. All abovementioned characteristics of TERRA FORCE-R were tested by highly competent and skilled test riders. Tyre testing was done on different motorcycles, in various weather conditions and on diverse surfaces.

Tread compounds for Mitas TERRA FORCE-R were specially developed including most modern elastomers and high active fillers. Excellent grip in all conditions, optimal balanced wear rate and maximum confidence at riding on-road as well as off-road were achieved. Technologies and compounds are Mitas’ commitment to provide safe and pleasant ride.

Mitas TERRA FORCE-R features advanced technologies which are the result of in-house research and development:

Strong Carcass Technology (SCT) maintains the carcass rigidity at a high level even as the tyre wears, thereby prolonging the optimum driving performance throughout the tyre’s service life.

Mitas TERRA FORCE-R will be available for sale from April 2016 in the following sizes: