Prague, 29 September 2014 – The tractor-pulling team Mitas ‘All or Nothing’ won the ETPC Eurocup title in the Superstock category. Mitas’ sponsored team, with driver Bram Kools, confirmed its domination of the category at the last event in Parma, Italy, on 21 September. In Parma, Mitas announced its intention to prolong the sponsorship agreement with the European Tractor Pulling Committee (ETPC) for the 2015 Eurocup season.

“First place in the Superstock category is a great achievement for the Mitas All or Nothing team. We hope Mitas' support helped members achieve such great results throughout the Eurocup season,” said Andrew Mabin, Mitas’ marketing and sales director. “We look forward to the cooperation in the next season, when the Mitas All or Nothing tractor will be equipped with Mitas Powerpull tyres.” 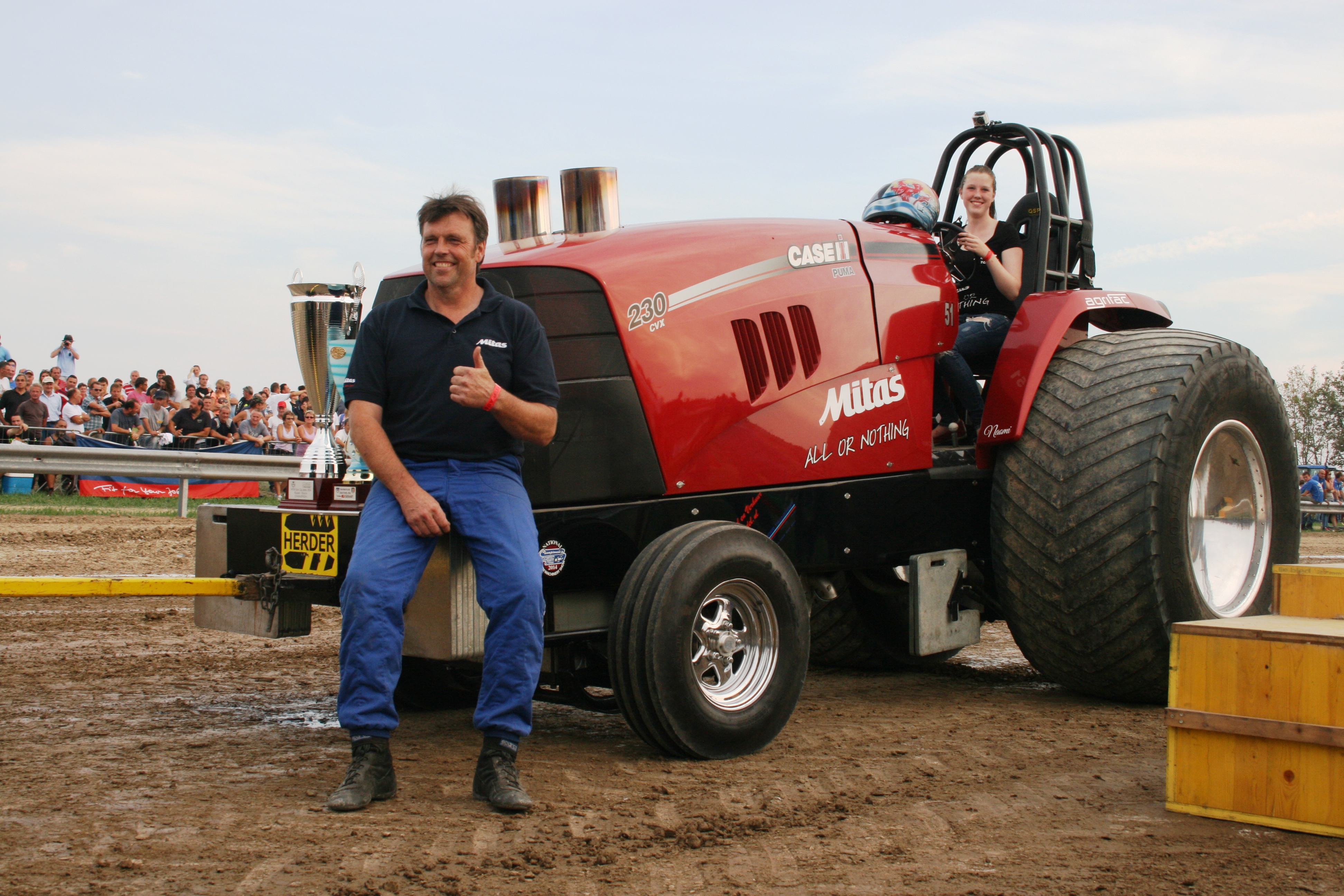 In the 2015 ETPC Eurocup season, Mitas will offer racing teams the new Powerpull tyre. The first prototypes were cured in April 2014, and the Mitas All or Nothing team will start testing the Powerpull tyre in pull conditions in following months. The construction of Mitas Powerpull 30.5L-32 is bias, and the manufacturing is based on a process similar to that for Mitas’ high-horsepower tractor tyres. This will guarantee endurance and durability. Mitas Powerpull will be produced without a tread pattern as a slick tyre so that customers and racing teams can cut their own unique treads.

Hand in hand with the successful development of Powerpull tyre, Mitas announced its plan to be a major sponsor of the 2015 ETPC Eurocup season. Through contract renewal, Mitas aims to confirm its leading role in tractor-pulling in Europe. Mitas entered the dynamic world of tractor-pulling in March 2014, when it signed a sponsorship agreement with ETPC representatives.